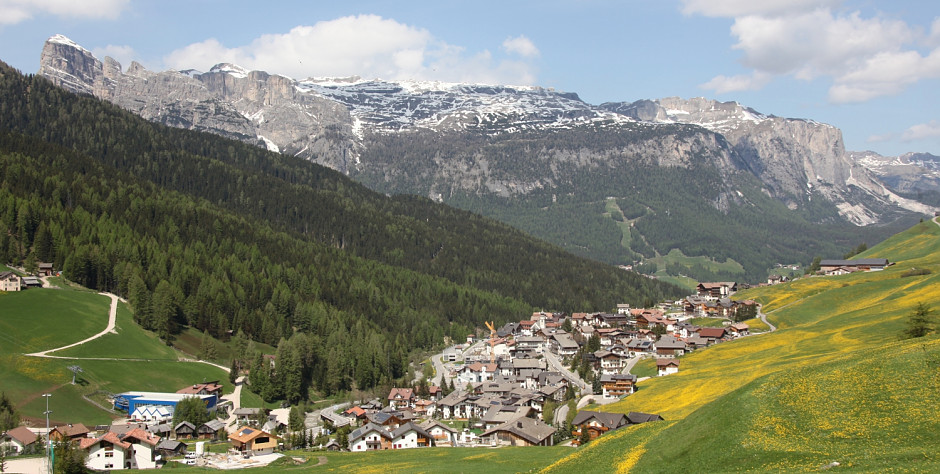 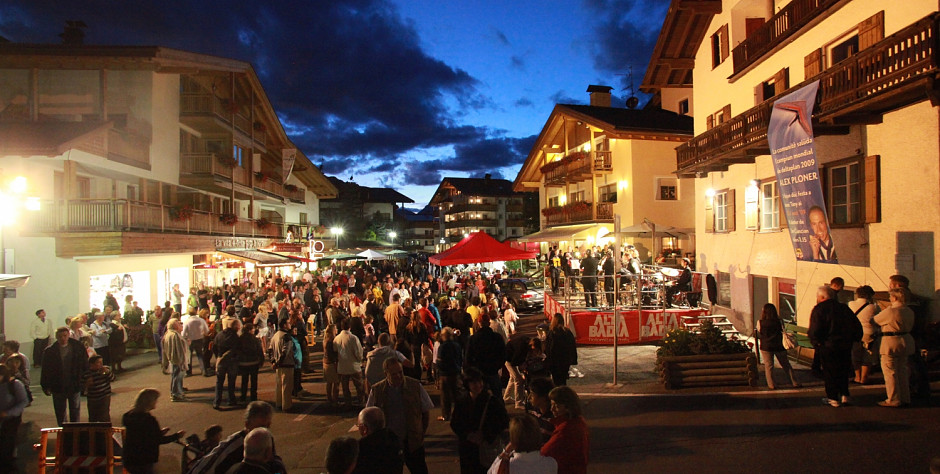 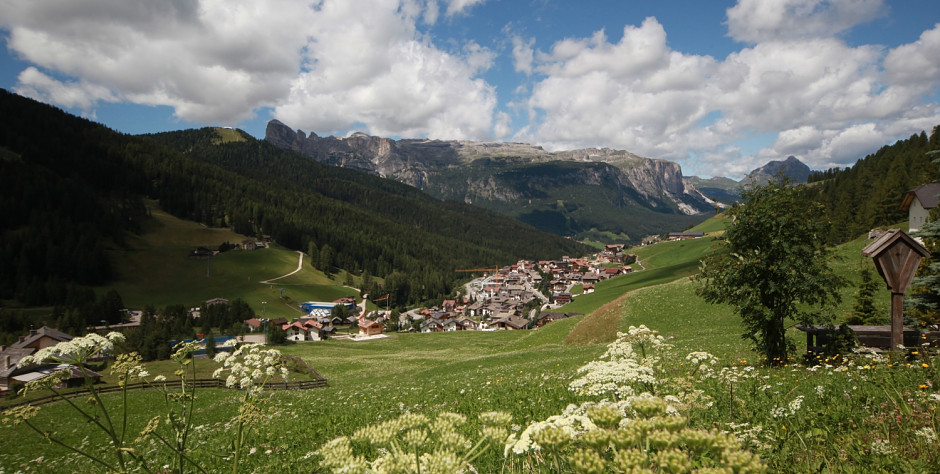 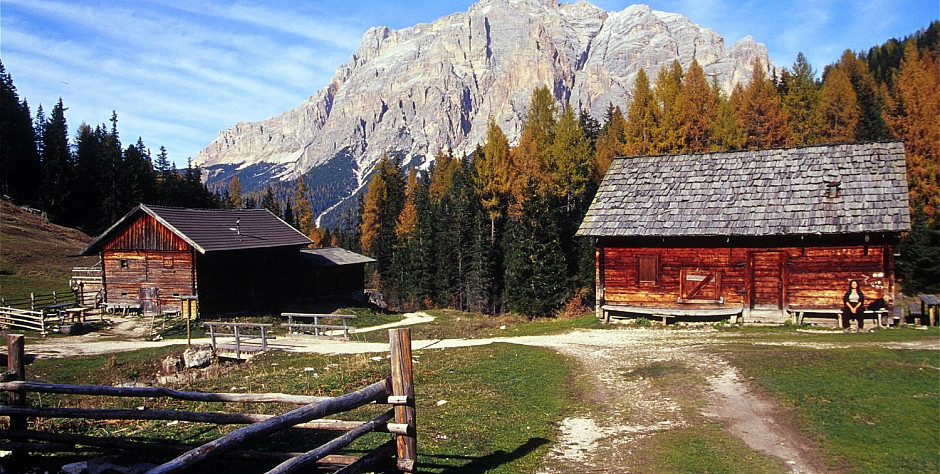 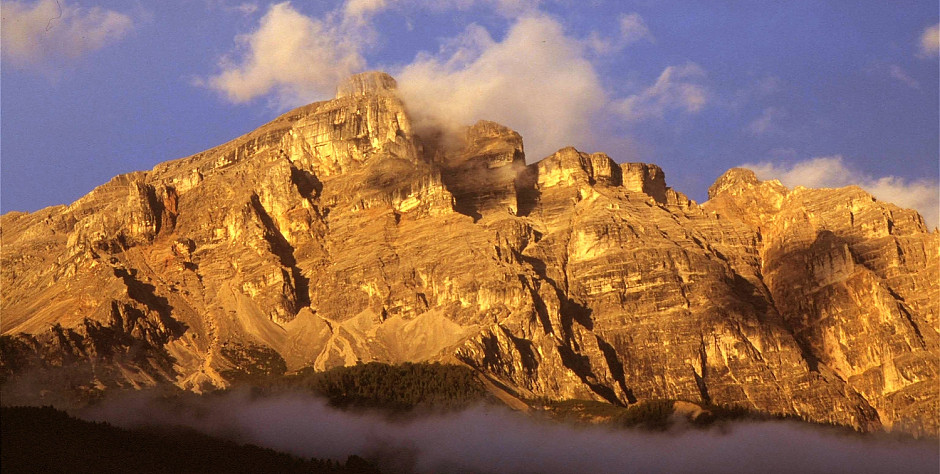 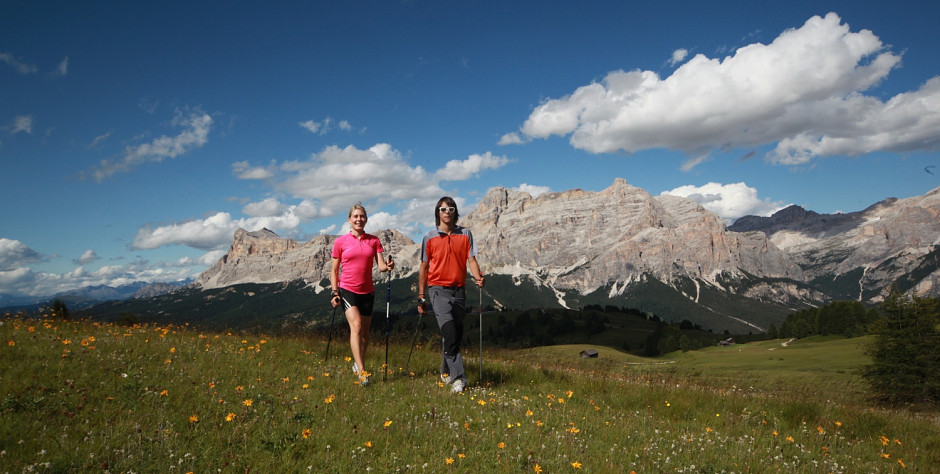 San Cassiano in Alta Badia. Hike and bike with the breathtaking vista of the Dolomites

San Cassiano is a typical mountain village of South Tyrol. It lies between the long stretched meadows of the Pralongià plateau and the hills that gently reach the base of the mighty Dolomites of Lavarela and Conturines, before they rise up as if they would reach the sky. With 800 inhabitants and 1.537 m altitude it is one of the highest and most beautiful villages in Val Badia.

The village is surrounded by meadows and pastures. In fact the old ladin name of San Cassiano is Armuntarora (Armentarola) which means exactly pasture. But the most striking part of the vista are the beautiful mountains that dominate it: the Dolomites, UNESCO heritage. This makes San Cassiano a perfect starting point for walks and treks of every kind and difficulty grade. The natural park of Fanes Sennes Braies, the meadows of Pralongià, the short and pleasant “larch forest trail”, the Valparola alp, the First World War galleries and museum of the Lagazoui area. Most of these areas can be reached directly from the hotel, without using the car.

Alta Badia has become a renowned destination for bikers, road and mountain bike alike. The area offers tours and tracks for every level and taste. Try your skills on the Dolomites' passes of the famous Maratona dles Dolomites, Sella Ronda Hero and Sella Ronda Bike Day. The most daring can also try a descent on the adventurous downhill track.

The sports area of San Cassiano is very well equipped with football and beach volley fields, play ground for children, bar. In Sarè, 3 km out of the village, lies the Sas Dlacia, a beautiful natural climbing wall, one of the highest and most beautiful in South Tyrol.

The center of San Cassiano is closed to the traffic. Which means that there is a pedestrian area perfect to enjoy the shops, bars and reastaurants of the area. There are also markets with local products and concerts. The museum about the bear "Ursus Ladinicus" allows you to discover an interesting part of the geological history of the Dolomites.

San Cassiano is also famous for its many restaurants, two of which can exhibit a Michelin star. Here you can taste the typical dishes of the traditional cuisine of South Tyrol and of the Ladin culture.